One year ago today was Monday April 7, 2014. I woke up that morning and as I stood in front of the mirror, I no longer recognized the person that was standing in front of me. My weight had dropped to 101 pounds, my bones were showing, I was weak, my breast had shrunk and the lump I had felt on my left breast for years had not only grown, but I could see it piercing out of my skin.

I moved to San Francisco in September of 2012. My dad had passed away in 2011. After his passing, my life turned upside down. I became depressed, my demeanor changed, I was experiencing migraines, I was so grief stricken I gave up hope. I met Ron in 2012. He was a wonderful distraction to the pain that was going on in my heart. He offered an escape and some happiness so I quit my job, packed up my bags, left my kids, family, friends and even my boyfriend of 11 years in search of peace and happiness. I never found it. In fact, I became more depressed than I was to begin with. I also became physically sick. By August of 2013, my migraines had increased, my body was in so much pain I could barely walk, my hair was falling out, I had dropped nearly 20 pounds and I even had cysts all over my face. I was so depressed. I kept going to different doctors. I was addressing all of the symptoms and receiving various diagnoses. In September of 2013, I developed a lump behind my ear. By January it was a half a centimeter in size. I was referred to a surgeon who performed an ultra sound. During the ultra sound he discovered I had nodules on my thyroid and a blood test revealed I had Hashimotos disease. My surgeon tried to get a biopsy of the lump behind my ear but was unsuccessful. During this time a lump that had been on my breast since 2010 began to grow. I didn’t think anything of it since a mammogram in 2010 had revealed it was nothing but a cyst. I did however, mention it to my surgeon, but the lump behind my ear was taking precedence.

As women, we have a sense of intuition. We have the ability to sense when things aren’t right. At times, there are signs that are so glaring they practically hit us in the face, but we allow fear to stand in the way of acting on our intiuitions. That’s is precisely what I did. The months leading up to April 7, 2014, I had a sense that I had breast cancer. Every where I looked, there were signs that were punching me in the face. I chose to ignore them and focus on the lump behind my ear. After all, my mammogram in 2010 revealed the lump was merely a cyst.

As I stood in front of the mirror, I could no longer recognize myself. In my heart I knew something was wrong. I mustered up the courage and contacted the Breast Center at Sutter Health and requested an appointment for a mammogram. Miraculously, someone had cancelled that day so the receptionist had an opening for 11:00 that morning. Against my will, I went.

In San Francisco when you go in for a mammogram you get the results the same day. I was asked to wait. I sat in the waiting room with other women for three hours. Finally a nurse practitioner called my name. She led me in to her office and told me the mammogram had revealed my lump was “suspicious” and she recommended I return in one week for a biopsy. In the back of my mind I already knew what the outcome would be. The following morning my phone rang. It was the nurse practitioner. She asked me to come in that morning for my biopsy. They felt it was in my best interest not to wait so I agreed. Two days later, on Thursday April 10, 2014 I got the call that changed my life. I listened to the voice on the other end as a woman said “I’m sorry to have to tell you but your test results are back. You have breast cancer”. My heart began beating. My eyes filled with tears, I was overwhelmed with fear and all I could think about was “what am I going to tell my kids?” I was at work at the time. I grabbed my purse and walked home. I called Brian that day and shared the news. We both cried as I walked the several blocks it took to get home. Brian was my supporter then and has continued to be a source of encouragement and strength since.

I met with the nurse practitioners that afternoon. I was still in shock. I didn’t comprehend one word she said to me other than I had cancer. She scheduled an appointment with a surgeon. I met with him the following week. We went over my family history and he recommended having the BRCA blood test so I did. He scheduled the procedure and the following week I flew home to Washington to tell my kids.

As moms, we are warriors. We are strong and are able to endure anything. We are equipped to handle any situation with a grain of salt. Unfortunately, nothing can prepare us for telling our children we have cancer. Telling my kids was the hardest thing I’ve ever done but I assured them everything would be fine. I had no idea what the future had in store for me. I suppose I was in denial. I thought my fight with cancer would be like any challenge I had faced. I knew it would be hard but I wasn’t prepared for the events that would unfold.

After my diagnoses on April 10th, within a couple of weeks I developed another lump on the same breast. My surgeon recommended having the lumpectomy sooner than later so I did. Initially, my pathology report showed everything was fine and radiation treatment would be enough. However, an Oncotype test revealed otherwise. My cancer was HER2 positive and Estrogen positive. What began as a treatment plan that would only include a lumpectomy and radiation, quickly became a treatment plan that has included six cycles of chemotherapy, 36 radiation treatments and infusions every three weeks. Because my cancer is HER2 positive, Estrogen positive an aggressive treatment along with a drug called Herceptin and hormone therapy for five years was recommended. I began my treatment in June of 2014 and have been fighting ever since.

The past year has been one of the most challenging experiences I’ve ever had to endure. Chemo therapy is tough business. I’ll admit it not only brought side effects that include neuropathy, hair loss, memory loss, trips to the hospital, collapsed veins, muscle and joint pain…worse it brought a low self esteem, fear, anxiety and depression.  I’ve endured 6 cycles of carboplaten and taxotere treatments along with Herceptin infusions that continue every three weeks. My last chemo therapy treatment was on Halloween.  I finished my 8 week radiation treatments on February 20th of this year. My last Herceptin infusion will be on May 7th and this month I will begin my hormone treatment for the next five years.

Recently I discovered I had Osteoporosis, pre-colon cancer and had a polyp removed and next week on April 13th I am having a hysterectomy to prevent ovarian or uterine cancer. I’ll admit I’m fearful of what the results of the hysterectomy will bring but I can’t allow fear to win. I have a desire to live. Fighting cancer is the hardest challenge I’ve ever endured. I don’t wish this on anyone. A friend asked not long ago “what’s it like fighting cancer?”  My reply was “have you ever read the Book of Job?  It’s similar”. Like the book of Job cancer strips you of everything. Self-esteem, beauty, money (I haven’t worked in over a year), strength and at times HOPE. A will to live and a faith that there is a God is really what has kept me getting up each time I fall and the love  I feel for my children and family gives me the determination to keep going.

The past year has gone by like a blur. In fact, I feel like I missed the entire year and it’s still 2013. I’ve been through hell and back. I’ve endured so many challenges including a tumultuous relationship but today I’m happy to say “I’m still standing!”  I have God to thank for that. I’ve shared the intimate details of my life on Facebook, Twitter and this blog. Nothing has been hidden including my relationships. I pray that my story will be the inspiration to others to keep fighting no matter what life throws at you. People often say “life is like a box of chocolates”. I beg to disagree. In my opinion “life is like a jawbreaker….it’s hard and requires a lot of patience to get to the end”. We all face challenges. Some challenges are harder than others but we make it through. A friend used to say “Velma, God never gives us more than we can handle. He must think you’re one strong lady!”  She was right and when I think about it I’m flattered to think God has so much faith in me to rise above that why shouldn’t I have faith in him to believe he will see me through this. He’s taken me places I’ve never been. I’m blessed to say “he hasn’t abondaned me yet!”  Good days are ahead.

I heard this song the other day. It’s called “Everybody Wants To Rule The World” by Tears For Fears. I love the song but today as I listen to the lyrics as the song begins, “welcome to your life. There’s no turning back”, the words hold a special meaning. This is my life. Welcome to it.  I can’t turn back. I have to keep pushing ahead. I can almost see the light at the end of the tunnel. May is right around the corner. My treatment will be done and before I know it I will be home with my friends and family again holding a sign that reads “I made it!!!  I beat cancer!”  Keep the faith my friends and never give up and never give up on believing that the lord will see you through this. If he could do it for Job, he will certainly do it for you and me too!!! 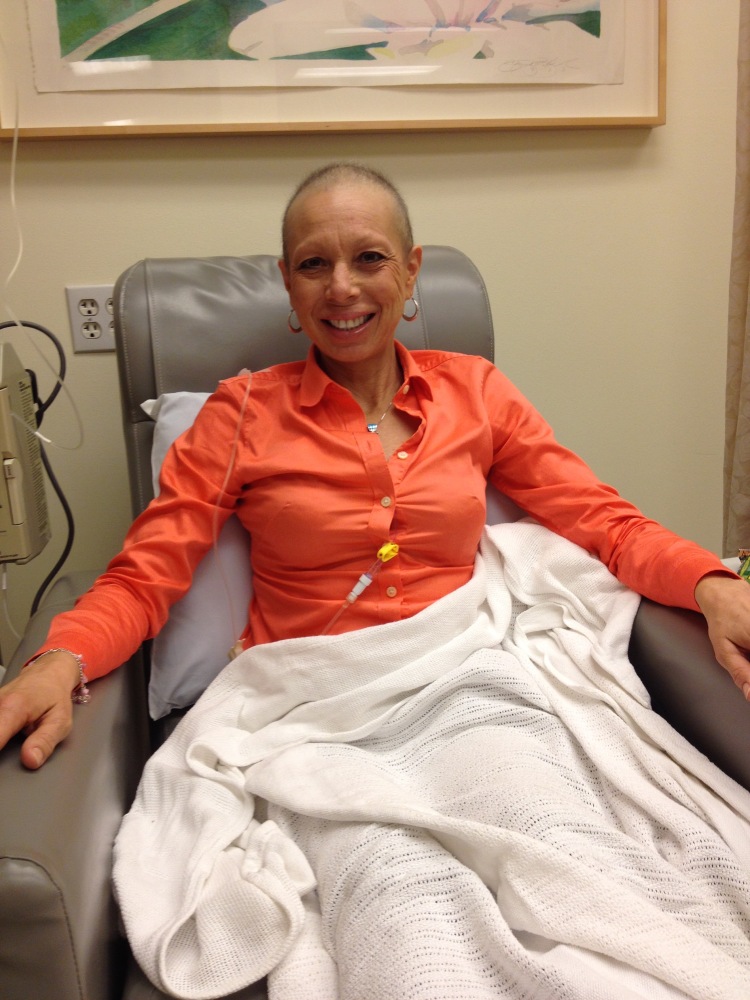 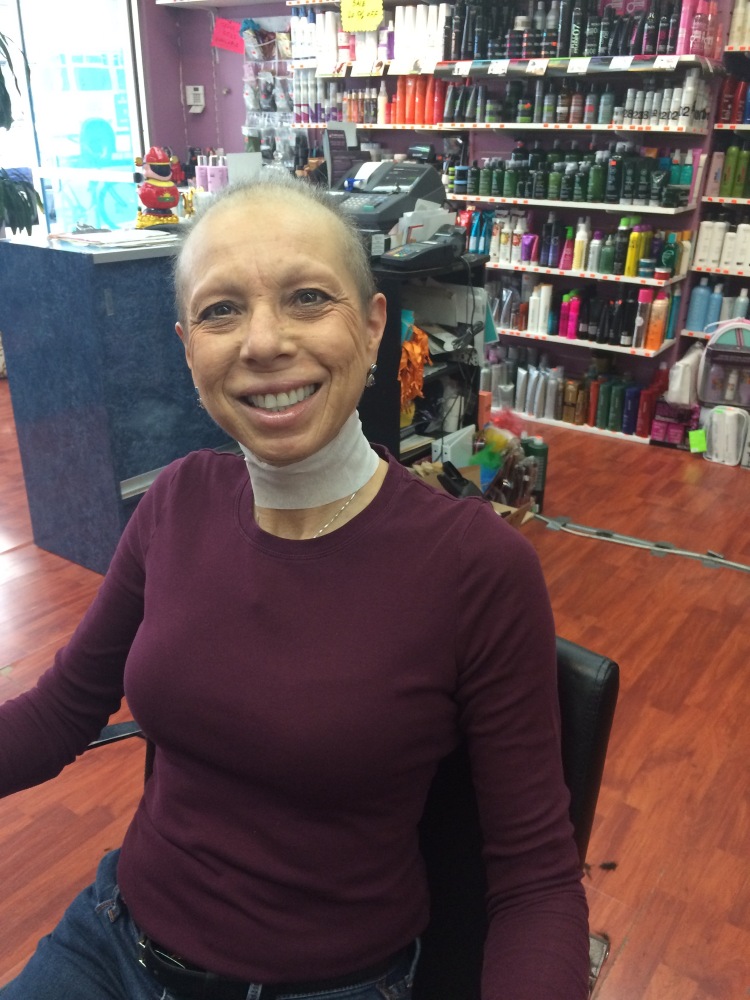 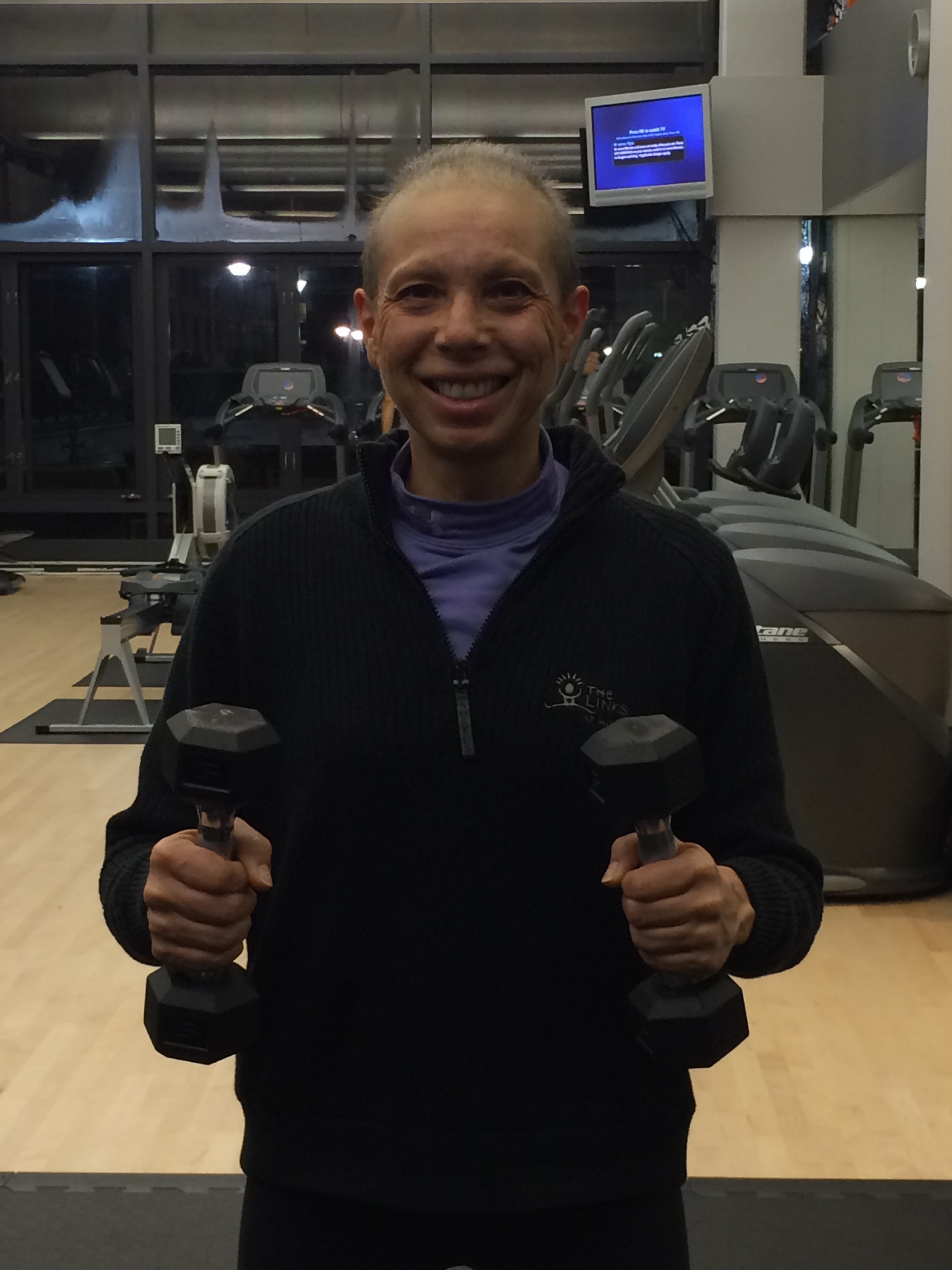