Truth be the best version of yourself. 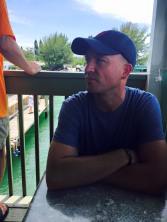 The Hidden Pain of One Man’s Talent

Many years ago I knew a man who had an incredible talent.  He knew the words to almost every song that ever came on the radio, especially 80’s music.  And it didn’t matter the genre!  Rap, pop, country, rock.  He could sing the words as if he wrote the songs.

One day we were having lunch and I was explaining to him how I admired his talent for remembering so many lyrics to so many songs.  When I asked him how he knew so many he began to talk to me about his childhood and I quickly realized there was a lot of pain behind his talent.

Come to find out the reason he knew so many songs was because the radio was his only friend growing up.  When other kids were outside playing he wasn’t, he was listening to the radio.  He…