I love music. Im sure those of you following my blog may have figured that out. I love all kinds of music but my favorites are songs from the 70’s. I suppose because my parents listened to a lot of music while I was growing up so I have a tendency to love the songs I heard growing up. For me a song holds a sentimental meaning. Whether it’s the lyrics that I may relate to or the memory it brings back when I hear the song.

My mom and dad loved to listen to the song “I Can See Clearly Now” by Johnny Nash , among others when I was growing up. I still remember my mother singing along as the song played on the radio, our record player or an 8 track in the car. For that reason the song holds a special meaning. It brings back a memory of a time when life was good. The lyrics hold a special meaning also. In my opinion anyone can relate to this song after experiencing the end of a trial in their life.

I was listening to the song today as I walked on the treadmill. The song gave me hope to strive for the day I’m finally past this trial in my life and I can finally “see nothing but blue skies”. It reminded me of all the challenges I’ve faced in my life time. There was always an end where I finally reached “the rainbow I was praying for”. More importantly I was reminded of my parents. I began thinking about my dad. I have had this “dark cloud” over me for 3 years as I’ve struggled to get over him. Today the song took on a whole new meaning. I thought of a friend whose son passed away a few months ago. He was in his 20’s but had health issues that caused so much pain. I thought about the pain my dad was in the last few months he was alive. My dad was not only in pain physically but he was in pain emotionally. My dad had been hurt deeply. It was hard to see the person I loved so much struggle the way he did.

As I listened to the lyrics of the song and watched the video, I thought, “I wonder if this is how dad felt when he passed away and was on his way to heaven. I wonder if my friends son felt this way also”. The last day my dad was alive he had come out of surgery. The surgery had gone well and we were all so grateful. I remember saying to my dad “you made it!” I had been so afraid. About 20 or 30 minutes later my dad sat up. He was screaming. He kept screaming he was in pain. He kept telling my mom to make the pain stop. We were hysterical. The nurses and doctor came in. I was so scared I kept begging God to help him. Finally the doctor took us in to a room. He told us my dad was bleeding to death and he needed our permission to give my dad morphine to make him comfortable as he died. I looked at the doctor and said “I’ll never agree!” The doctor said “you’re in humane. Your father is bleeding to death and is in so much pain!” I looked at the doctor with tears in my eyes and I said “I’m not in humane, I just can’t bare to let my dad go”. My mother had no choice that day other than to agree. The nurses came in to my dads room and shot him full of morphine. My dad looked at me with a gaze in his eyes and mumbled “I…..feel…..good”. He didn’t say much after that. I told my dad my brother and Skyler were on their way. He waited for them to arrive. He held my brothers hand tight until he passed away. We sang songs to my dad and kept assuring him not to worry. We kept saying it was ok. My son Derek held my dads hand also. He had tears in his eyes. Skyler was devastated. We all were. Suddenly my dad reached over and gave his sister and brother a hug, then he kissed and hugged my mother and said “I love you”. That’s the last thing I remember. I don’t even remember what he said to me that day. I wish I did. All I remember is seeing him take his last breath and the nurses telling us he was gone. I insisted she had made a mistake and kept asking her to check again. There was no mistake. My dad was gone. I couldn’t accept my dads passing that day and 3 years later, it’s still hard to accept my father is gone and he’s never coming back. In fact I still call his cell phone at times just so I can hear his voice on his voice message.

Today as I listened to this song I thought of that day in the hospital. I imagined my dad feeling rejuvenated and healed, no longer in pain after he took his last breath. I thought of him as free as a butterfly singing the same words of this song as he ascended into heaven. I pictured my dad free of any pain, worry or sadness. I imagined my dad finally reaching the rainbow he’d been praying for and running through a field of flowers or on a beach and finally turning in to a butterfly and going home to heaven. My dad lived life to the fullest. He exuded a personality that was bigger than life. He used to say “when God created me, he threw away the mold!” A term I’ve used throughout my life. He was right. My dad was unique and one of a kind. So am I. We all are. That’s what makes us special.

Losing a loved one is hard. Its true that time heals and eventually the crying stops, the pain isn’t as overwhelming as it once was but the void and emptiness never goes away. It’s hard to explain to those who haven’t experienced a loss but eventually we all lose a loved one and have to experience the same thing. It’s life. Today I’d like to picture my dad sitting on a beach surrounded by people, cracking jokes and making people laugh. I’d like to picture him bringing the same happiness to others that he brought to me with his favorite songs playing in the background. It’s my guess this song is certainly on his play list. My dad was a goofy character. He was my goofy character. I looked up to him and I loved him so very much. I miss him every day.

If you’ve experienced a loss and are struggling today, don’t give up. Keep on pushing forward. I can assure you that eventually the pain will get better and before you know it, you’ll wake up one day and finally see that rainbow you’ve been praying for. The clouds will be lifted and you’ll finally begin to live life again. You’ll say to yourself “I can see clearly now” and it’s at that point the healing will begin. I don’t have the answers but I do know that this too shall pass. Until that day hang in there and don’t give up. Your rainbow is right around the corner. Have faith. 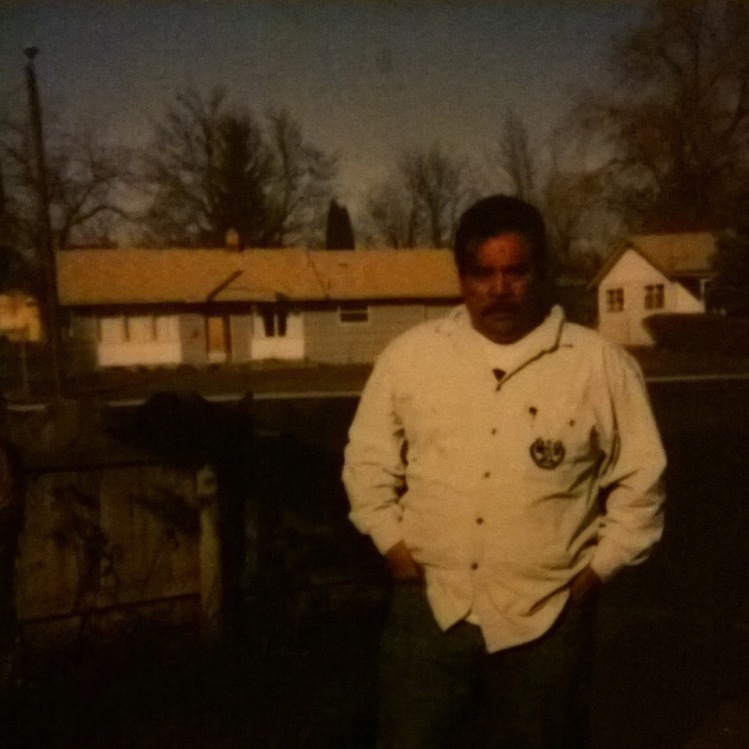